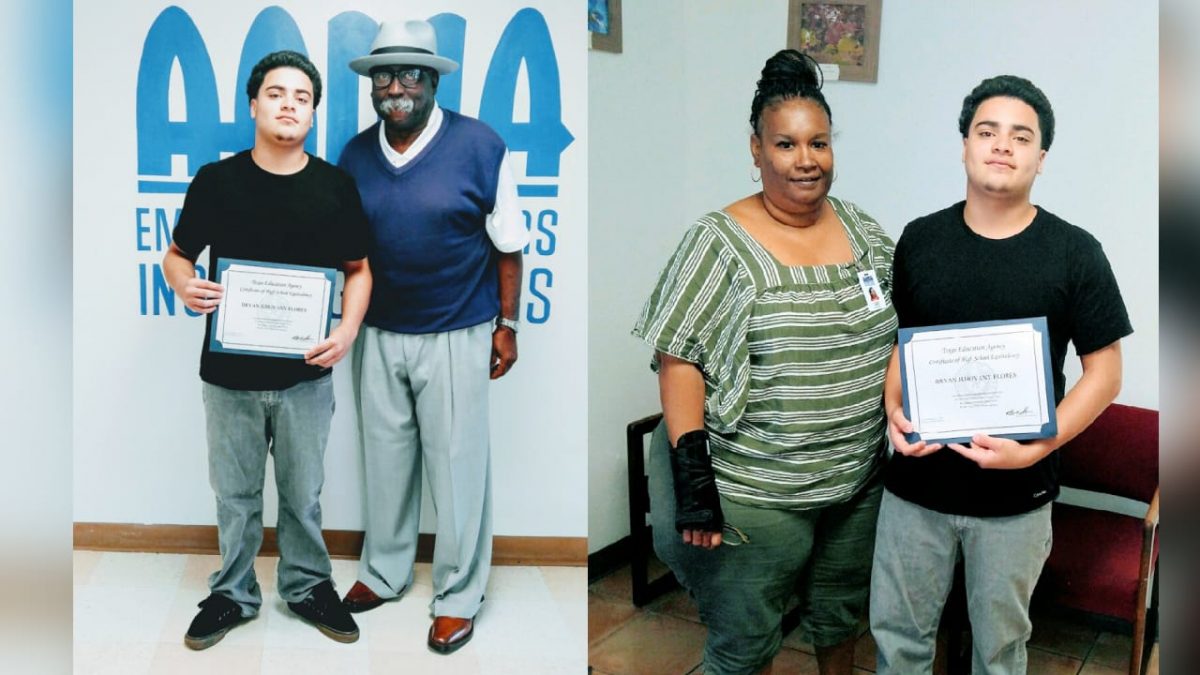 At 17 years old, Bryan is on probation. When he first came to Casa Phoenix, he did not expect to get anything out of it and was resistant to treatment. His girlfriend was pregnant; he had never worked a legal job, and had dropped out of high school. His family wanted little to do with him and his fast life style; they even refused to attend a family session in the beginning.

In the past three months, he has changed his mindset on treatment, maintained his sobriety, and changed the toxicity in his relationships. His family is very proud of him and the changes he has made.

He enrolled in the GED class and in on month, Bryan passed all four of his tests and was able to receive his GED. AAMA paid for his first test to let him know we believe in him, and after he passed the first one his family was willing to pay for the others. We put him in touch with the Houston school of carpentry where they offers an electrician certification course. He applied for the school and was granted a scholarship for $2,500, which will cover most of the course. He started that school on October 22nd. He was able to be present for the birth of his son and experience that through sober eyes.

We can see the life back in his eyes and hear the hope in his voice when we talk to him. With your support, he is leaving AAMA with a pathway for success.